Conception of a cultural center and museum

“La Grande Escale” design is to invent a new kind of equipment without reproducing the existing models; to create a hybrid space, which takes into account the realities of the Moroccan context, in order to reach a diversified audience. The shape of the traditional nomadic tent, is the starting point of the architectural concept. The museum expresses its identity through this simple and direct concept that implements an extremely rich, unique and original spatial experience.
Bold movement for a remarkable project, the Dakhla Museum constitutes a cultural and identity place, where the imagination has all its place. It reveals its character by a simple architecture in its implementation, but with an extremely elaborate and singular volumetry. Making the tent and the desert the essence of its skeleton, its different heights envelope identifies it and ensures its visibility. This spectacular aspect is elaborated in order to arouse the interest of a wide audience. The building, which isn’t a mass, is respectfully in visual harmony with Dakhla Bay. Its foldings offer a movement picture within the site. Regarding the vertical emergences, they give all its functionality to the project.
Interiors are also dynamic. The anchored sails, made of concrete, make possible the spaces and exhibitions diversity. The visitor moves in a fluid and free manner, within the continuous volumes of the museum, guided by his sense of space and his sensitivity to the various attractions of the place. No defined path, no hallway, just the felt freedom of a stroll in the Sahara. 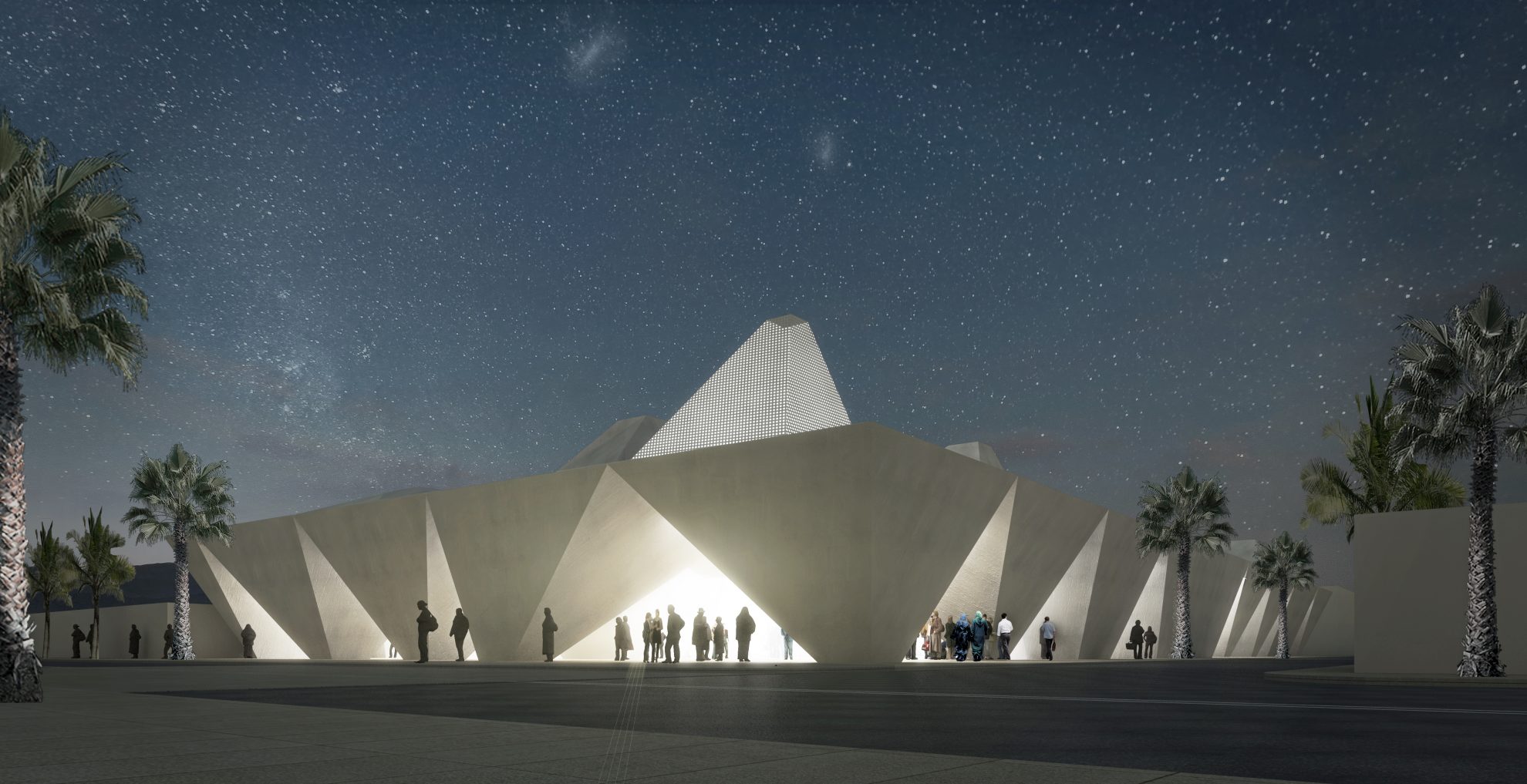 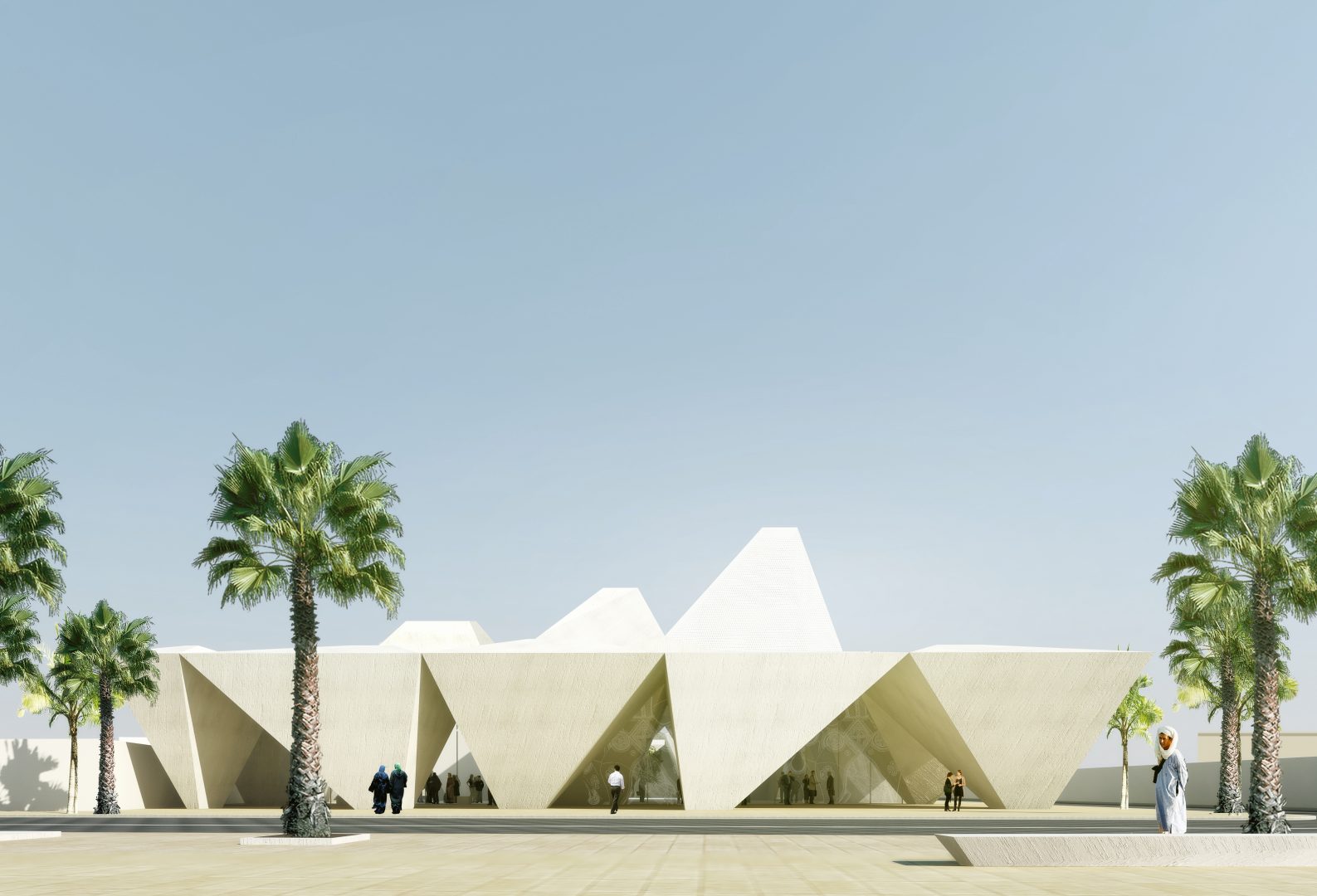 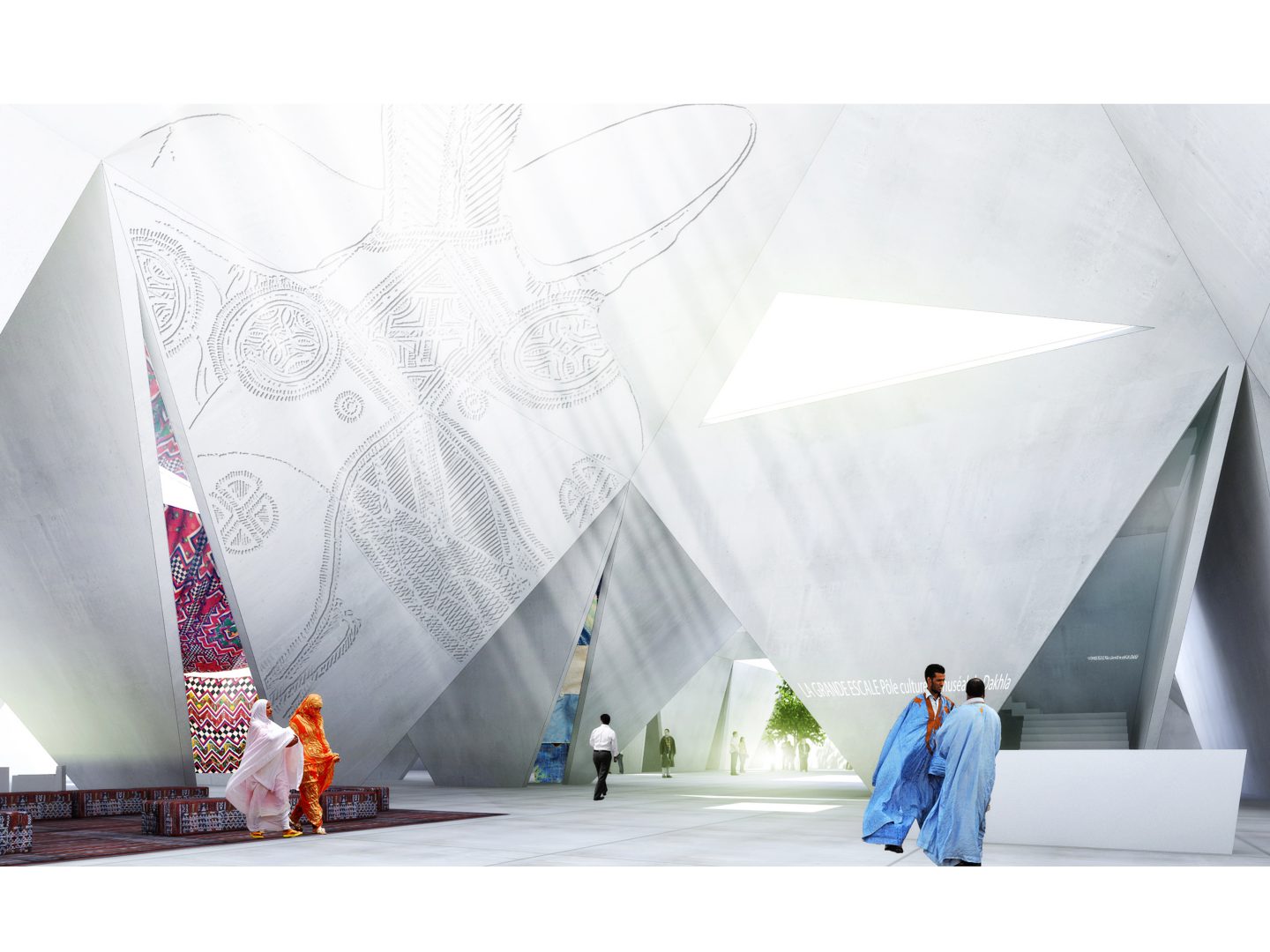 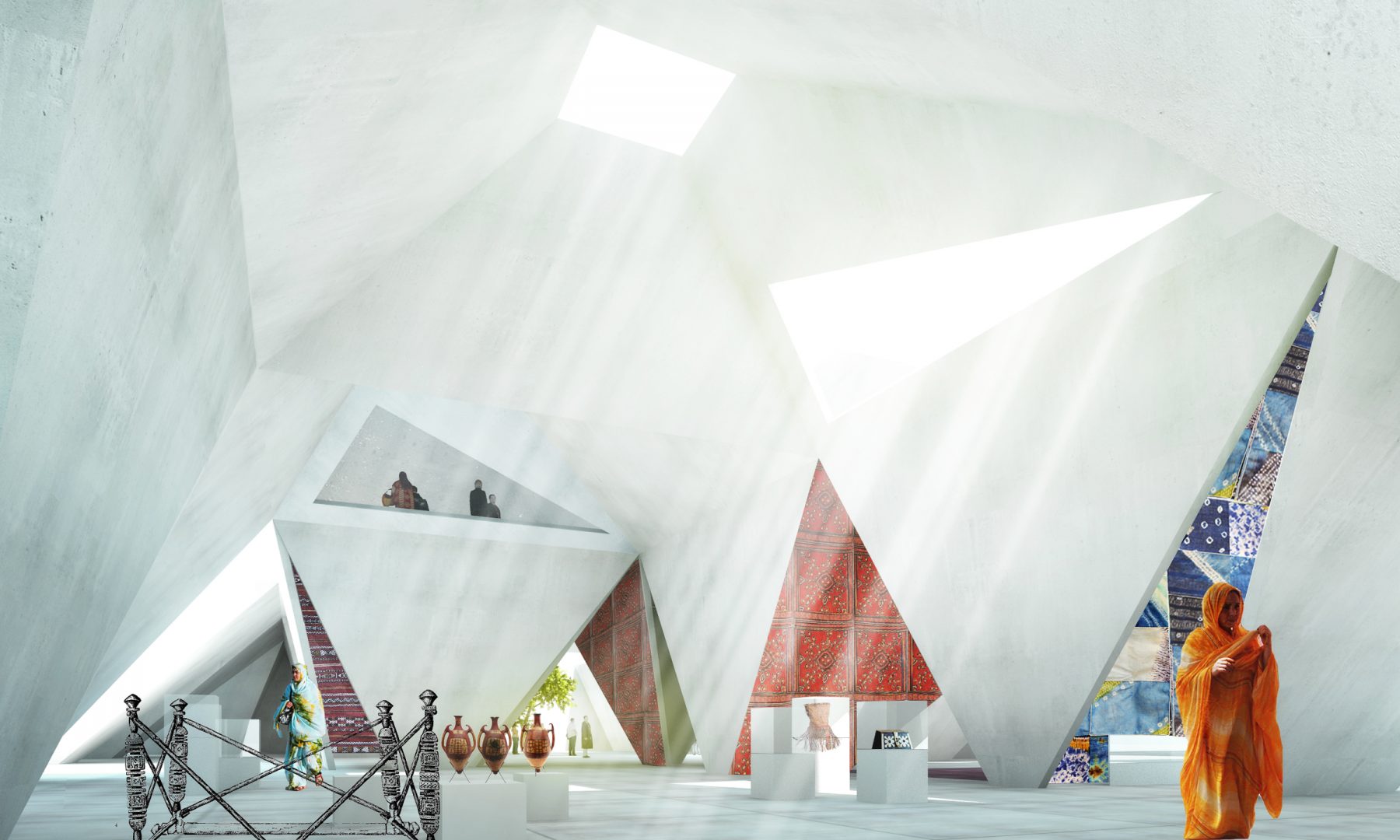 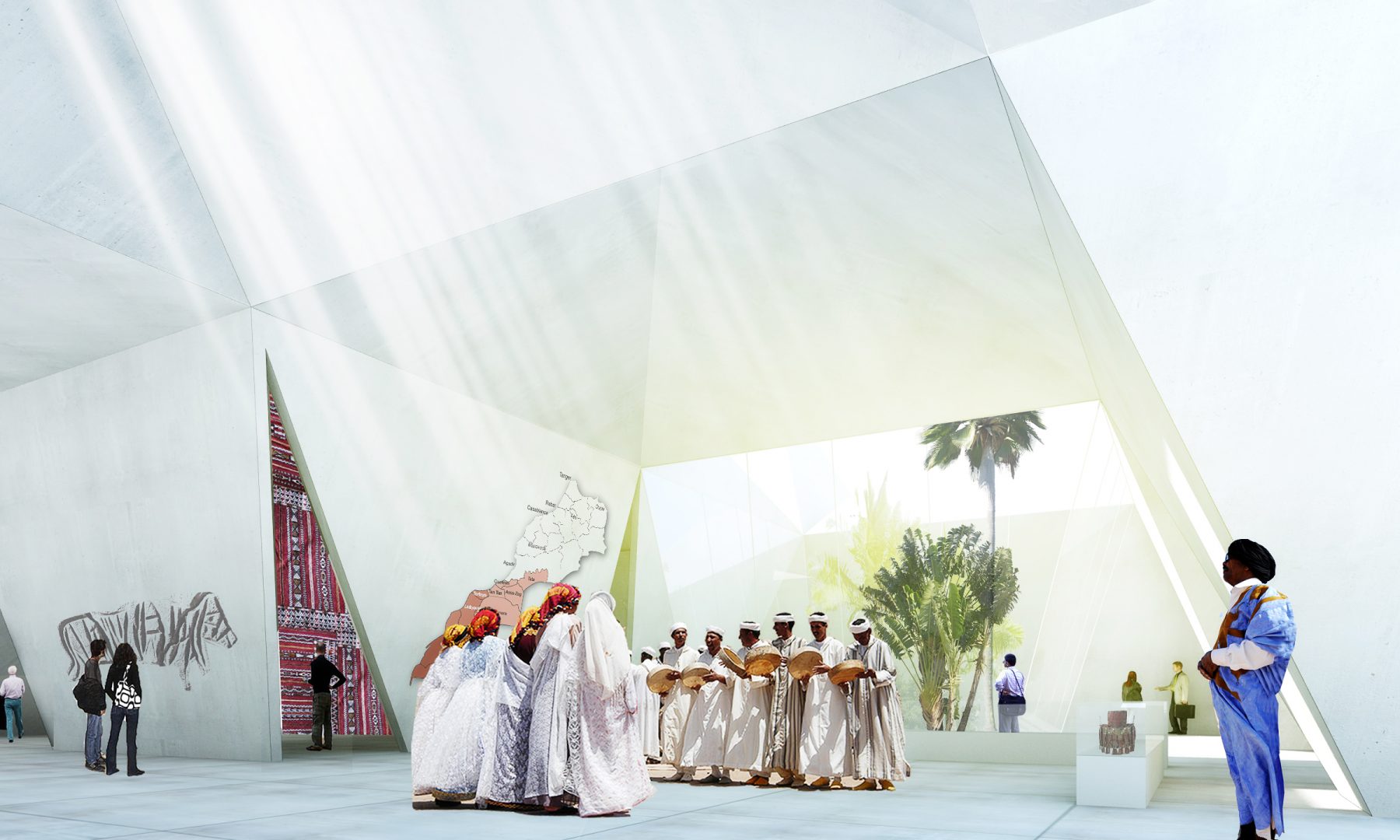 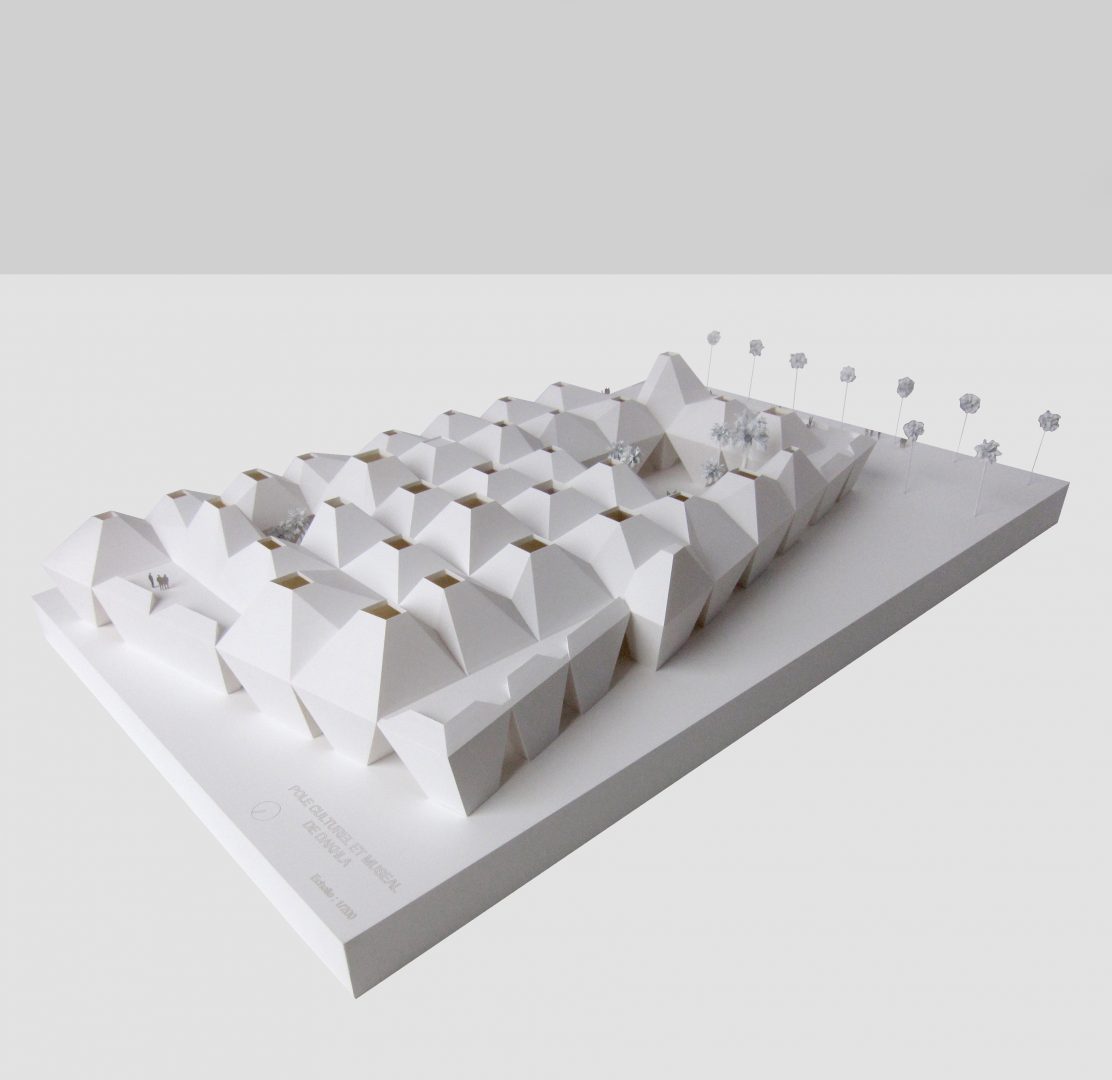 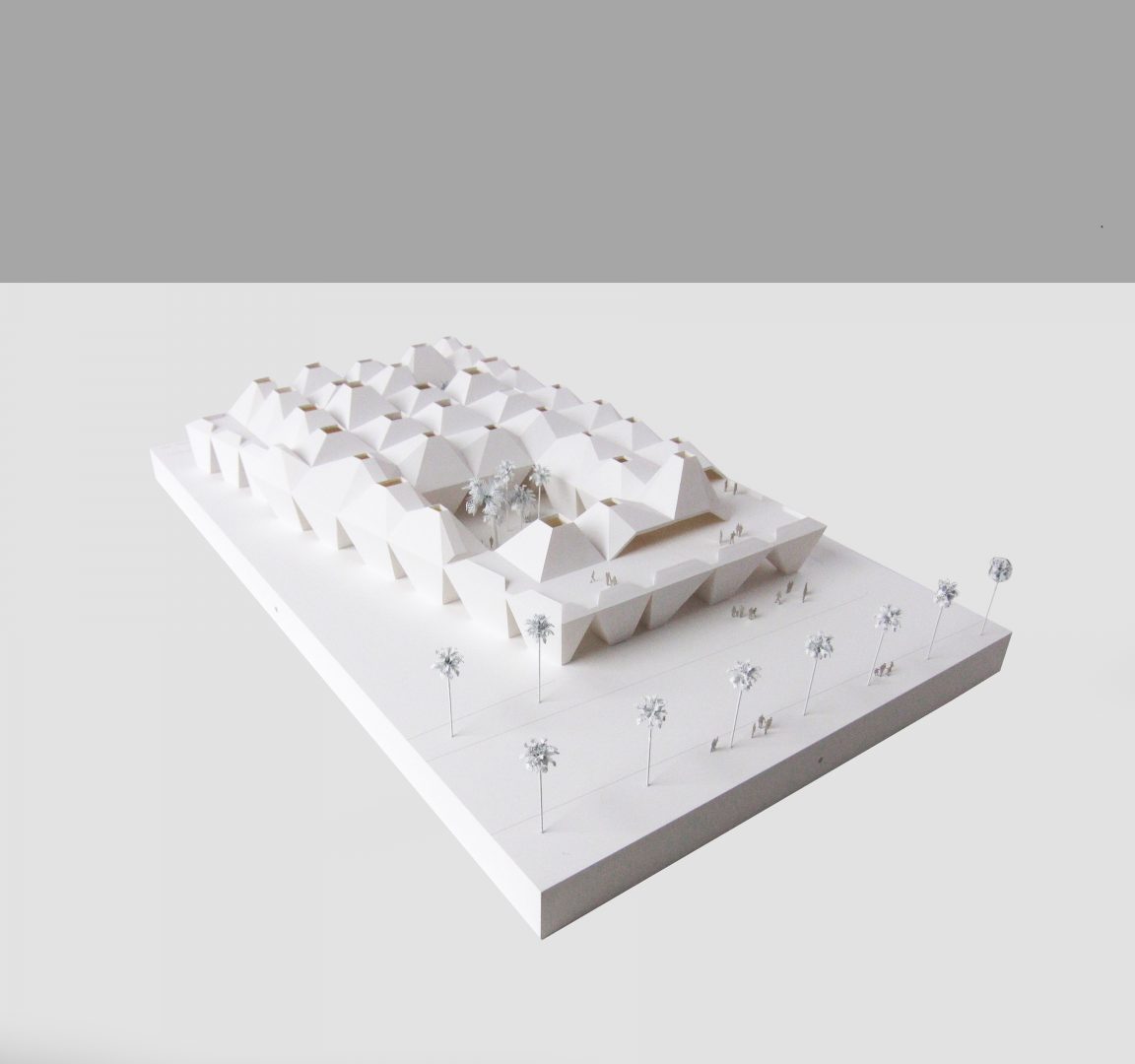 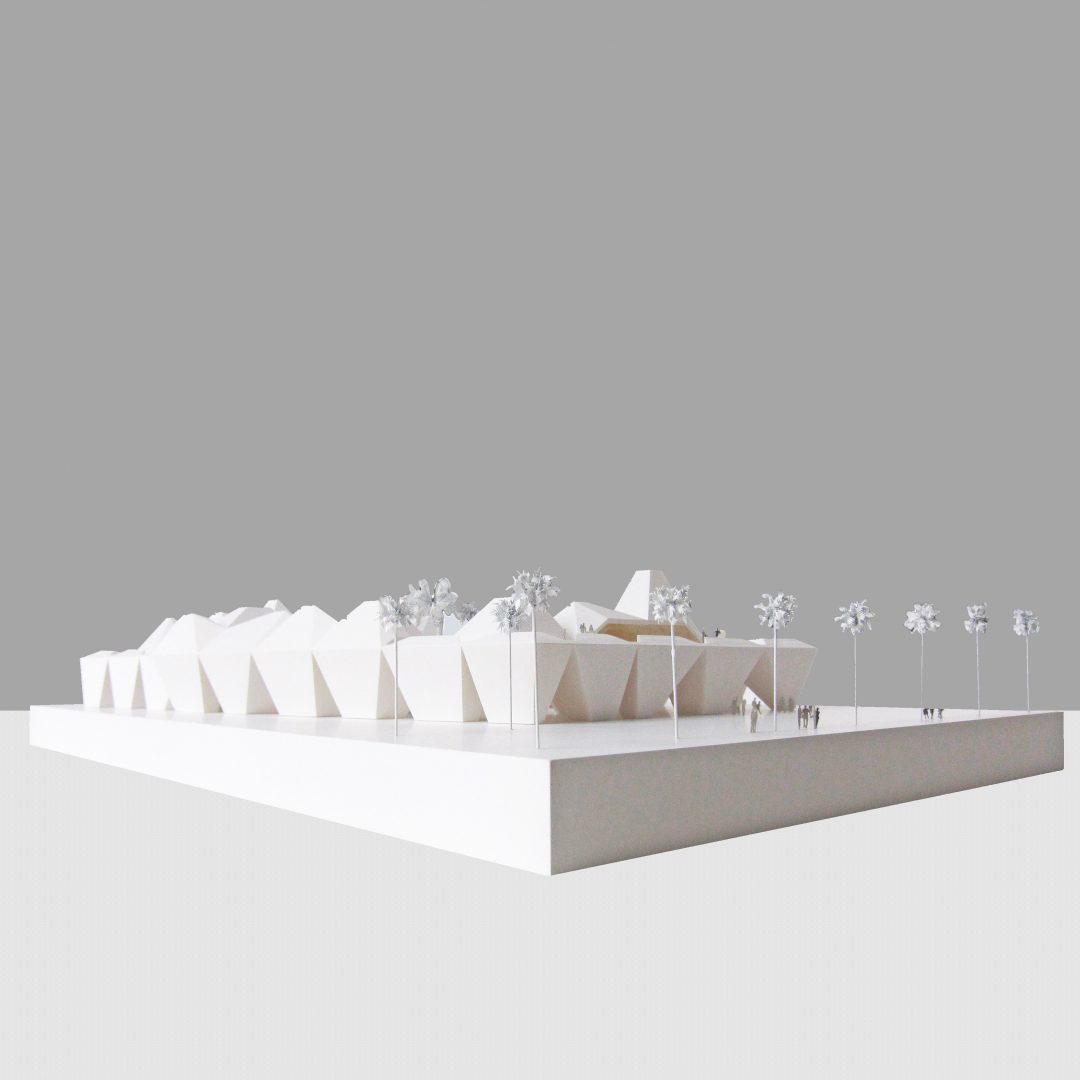 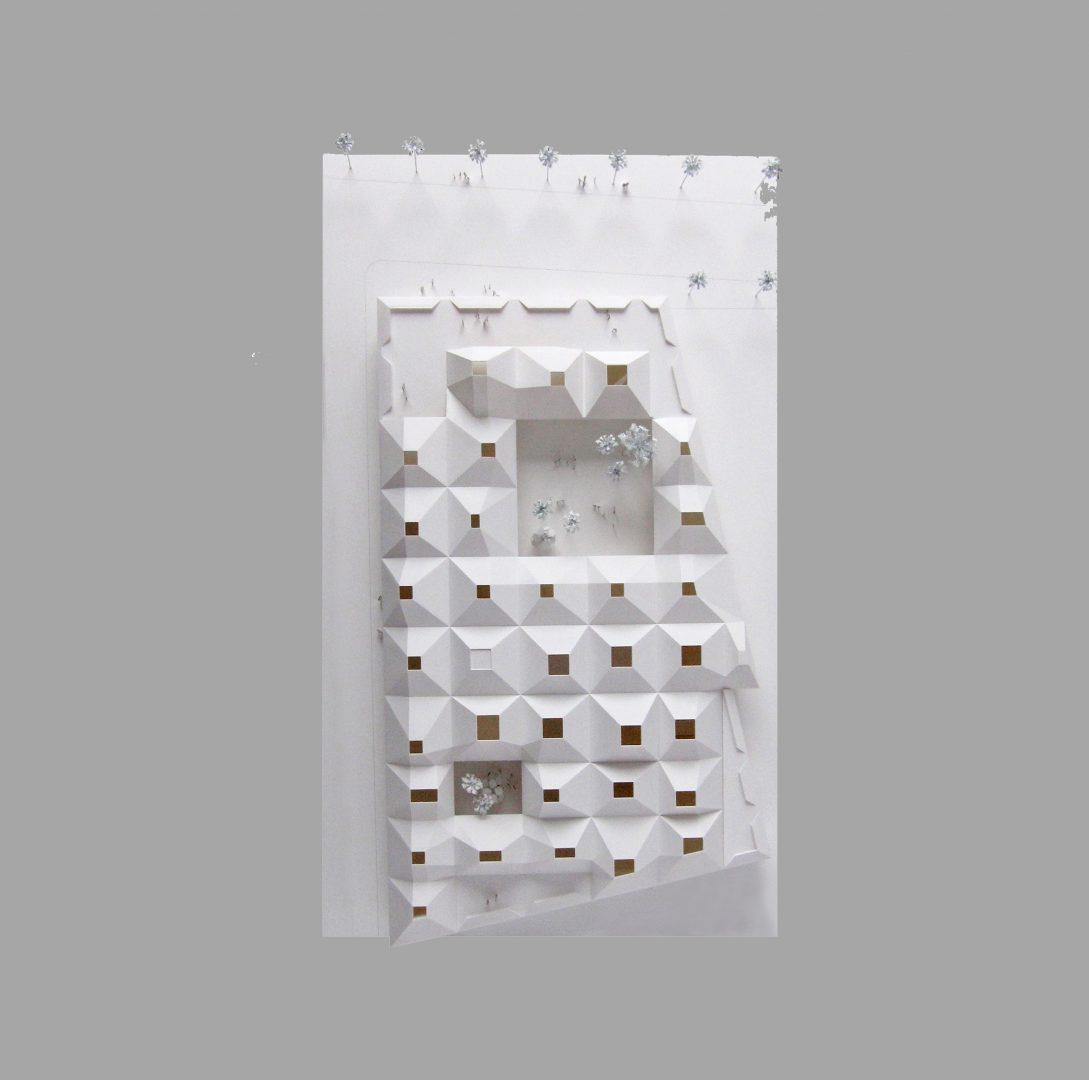 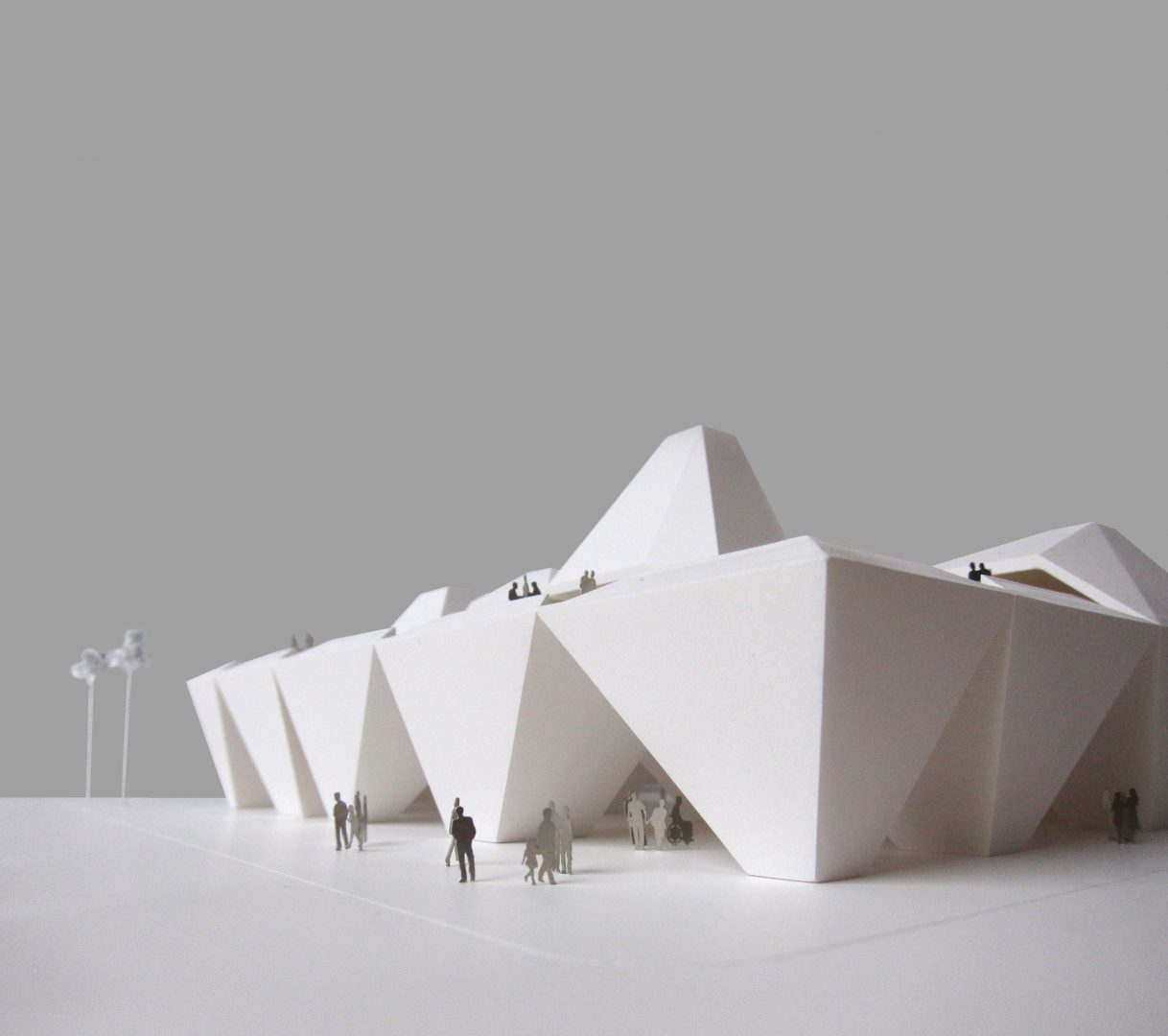 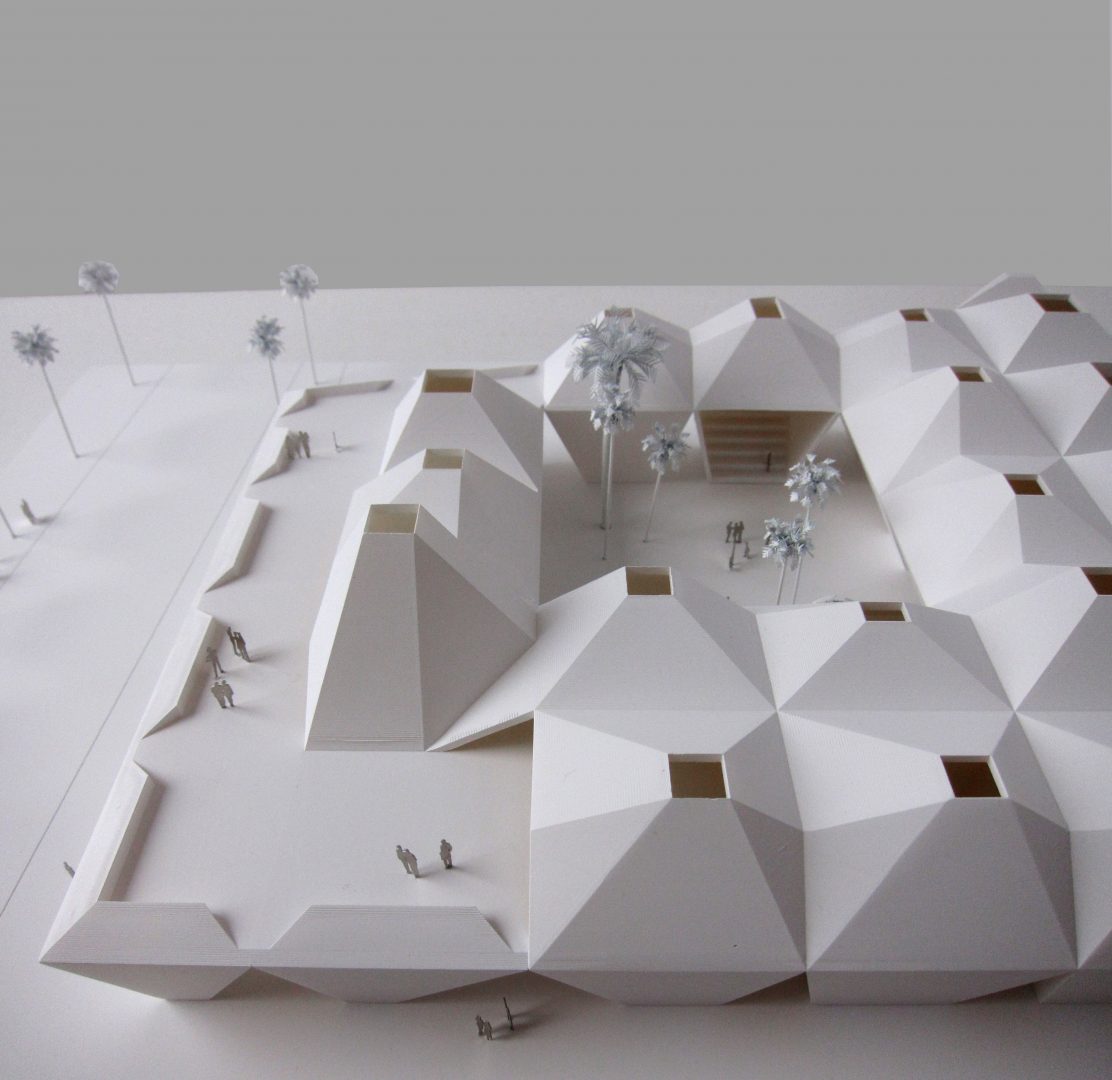 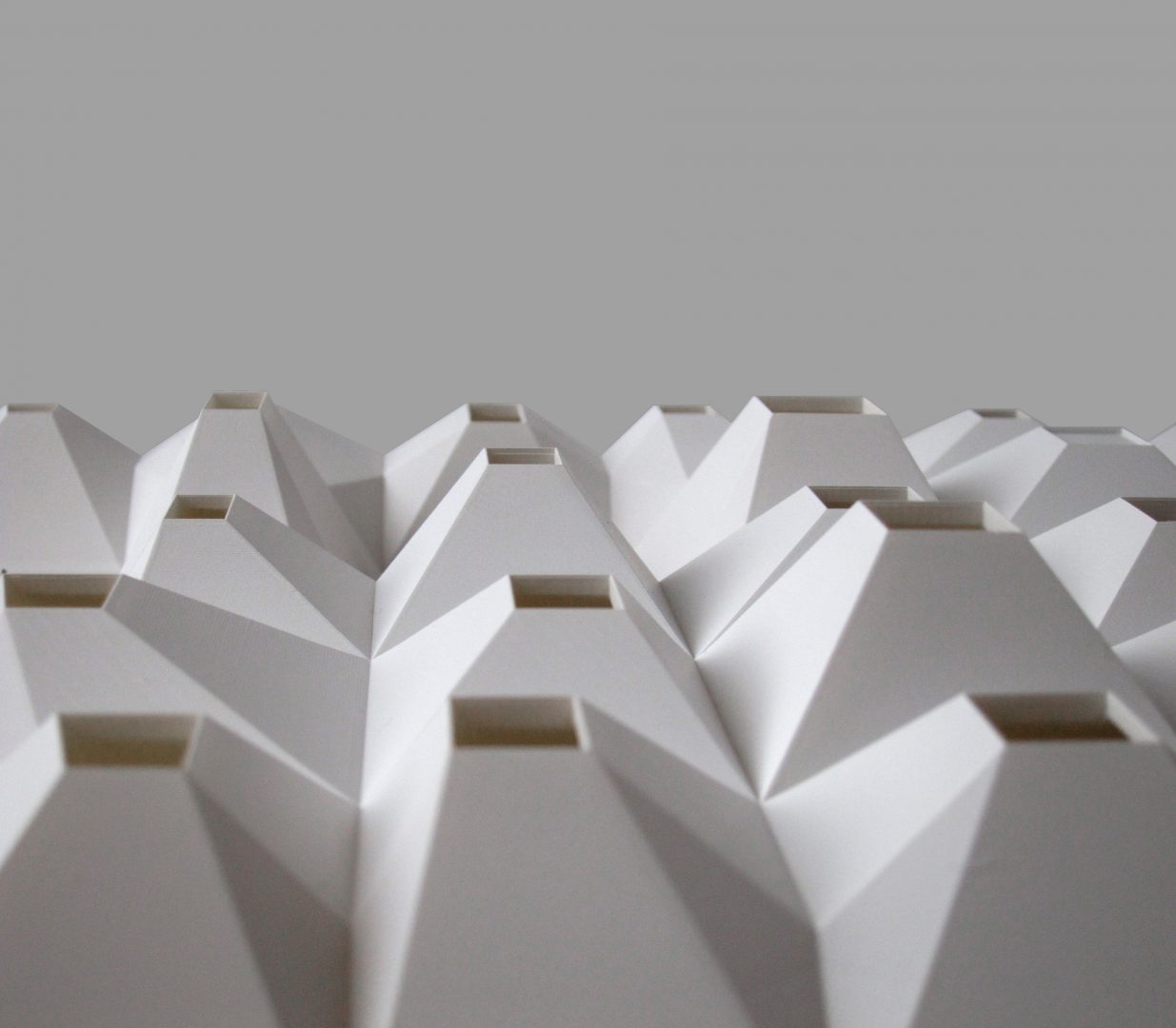 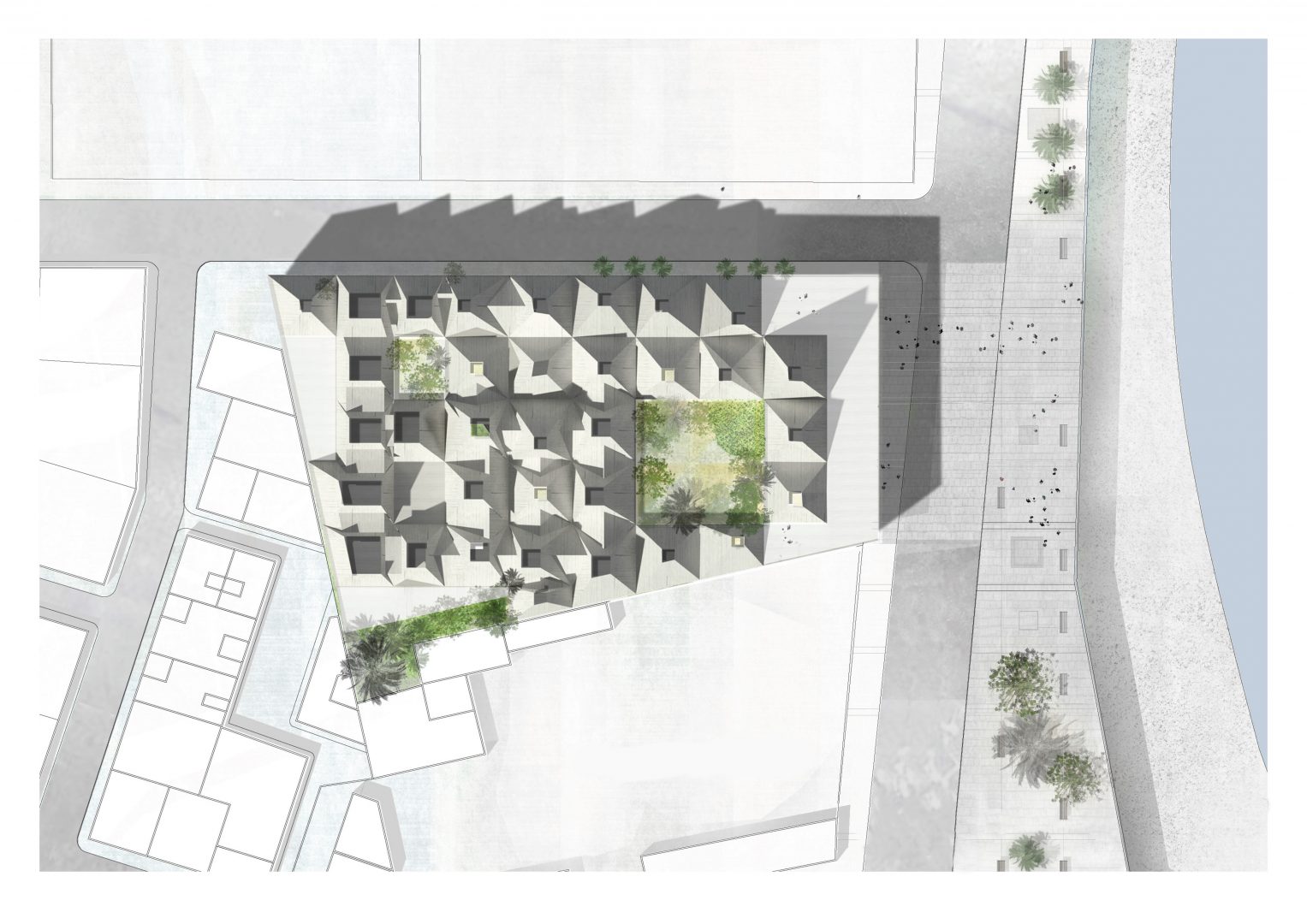 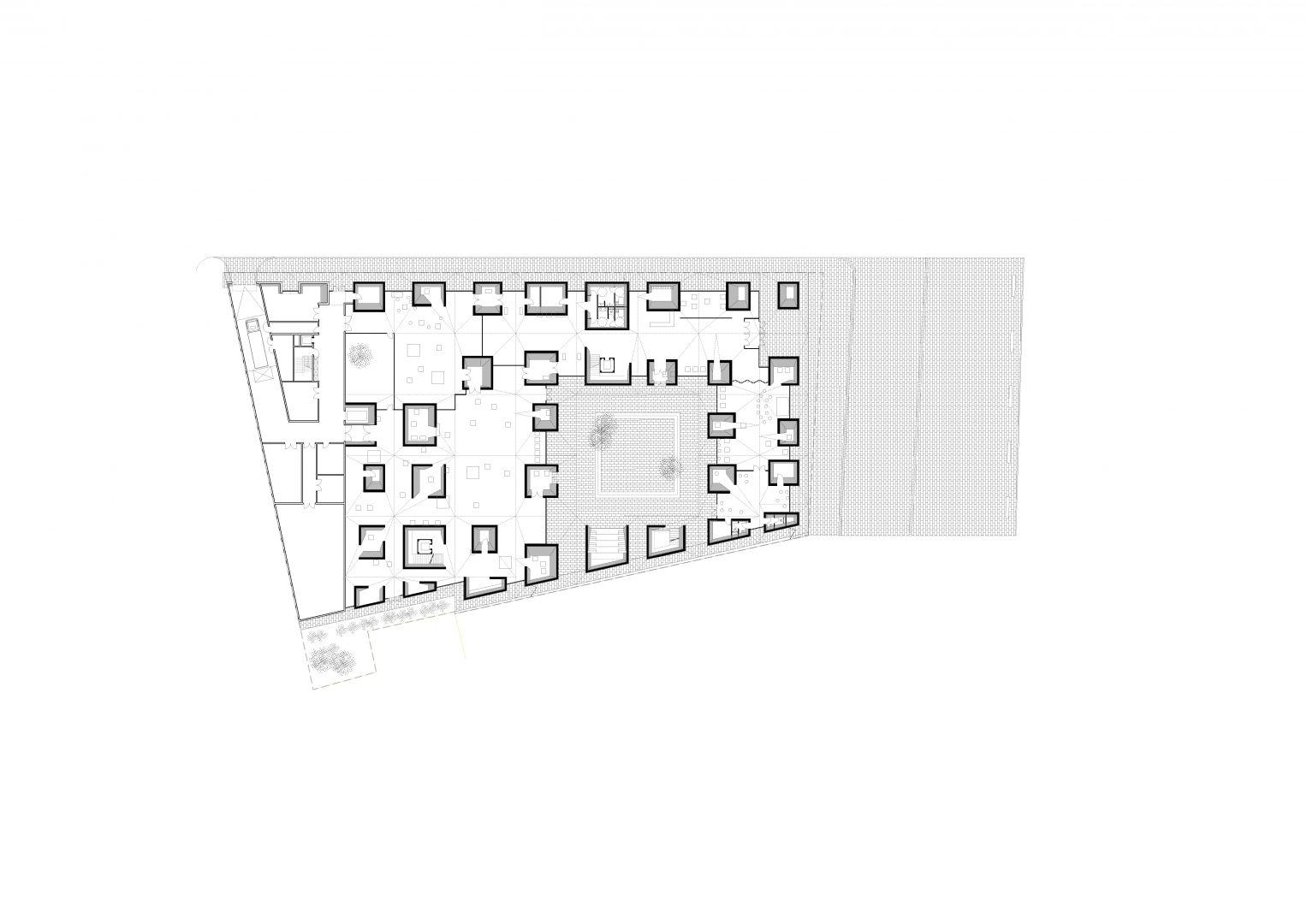 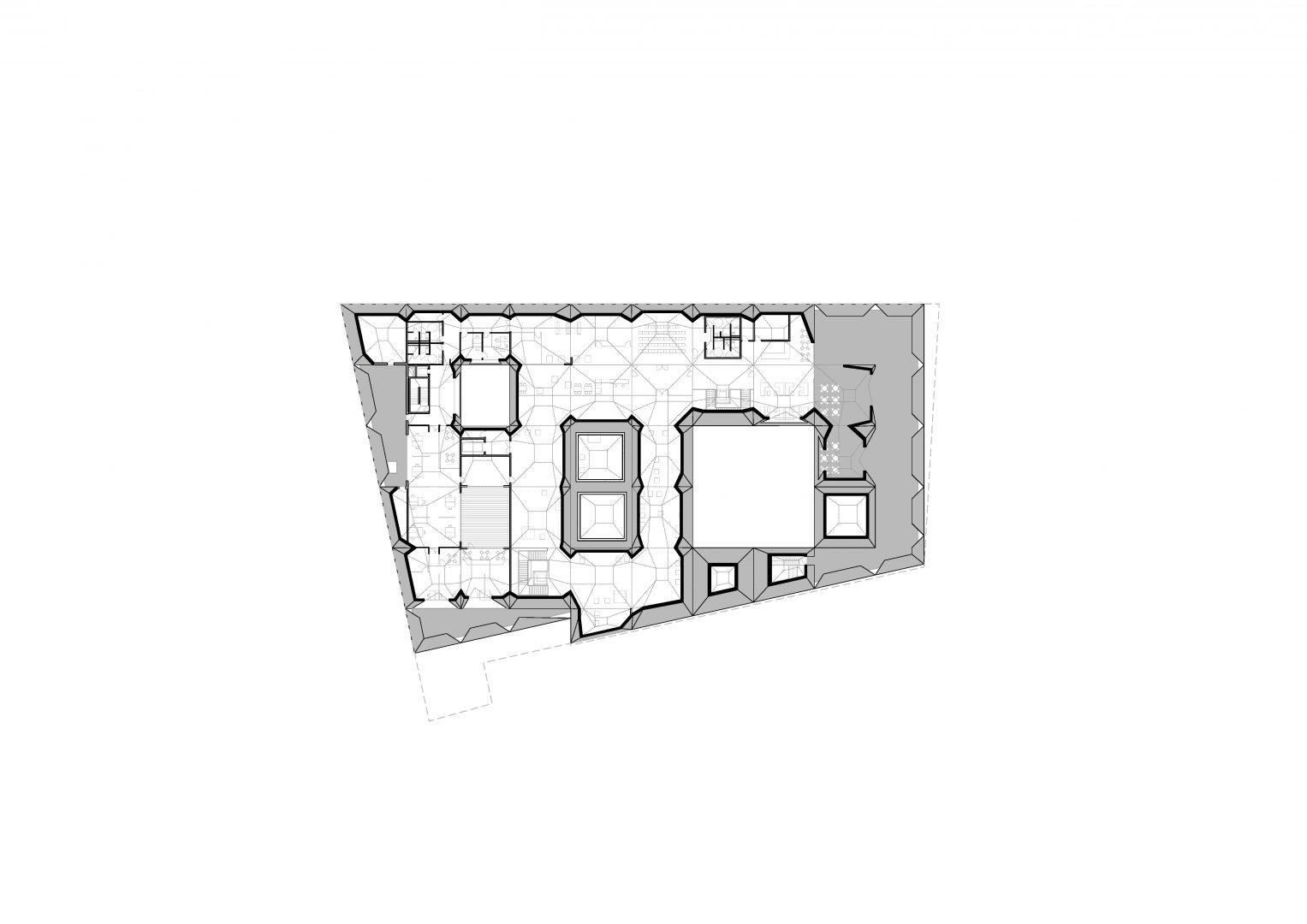 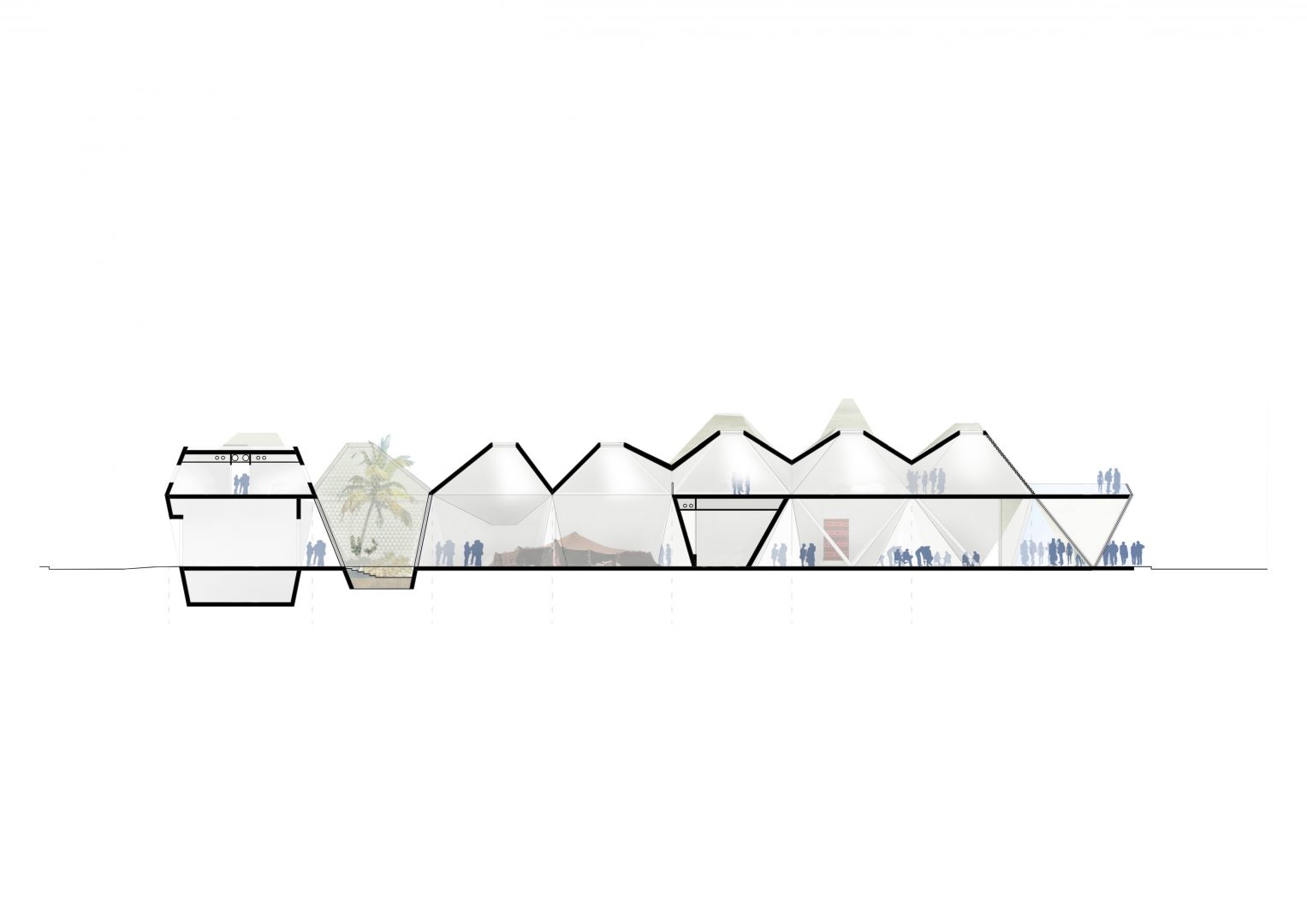 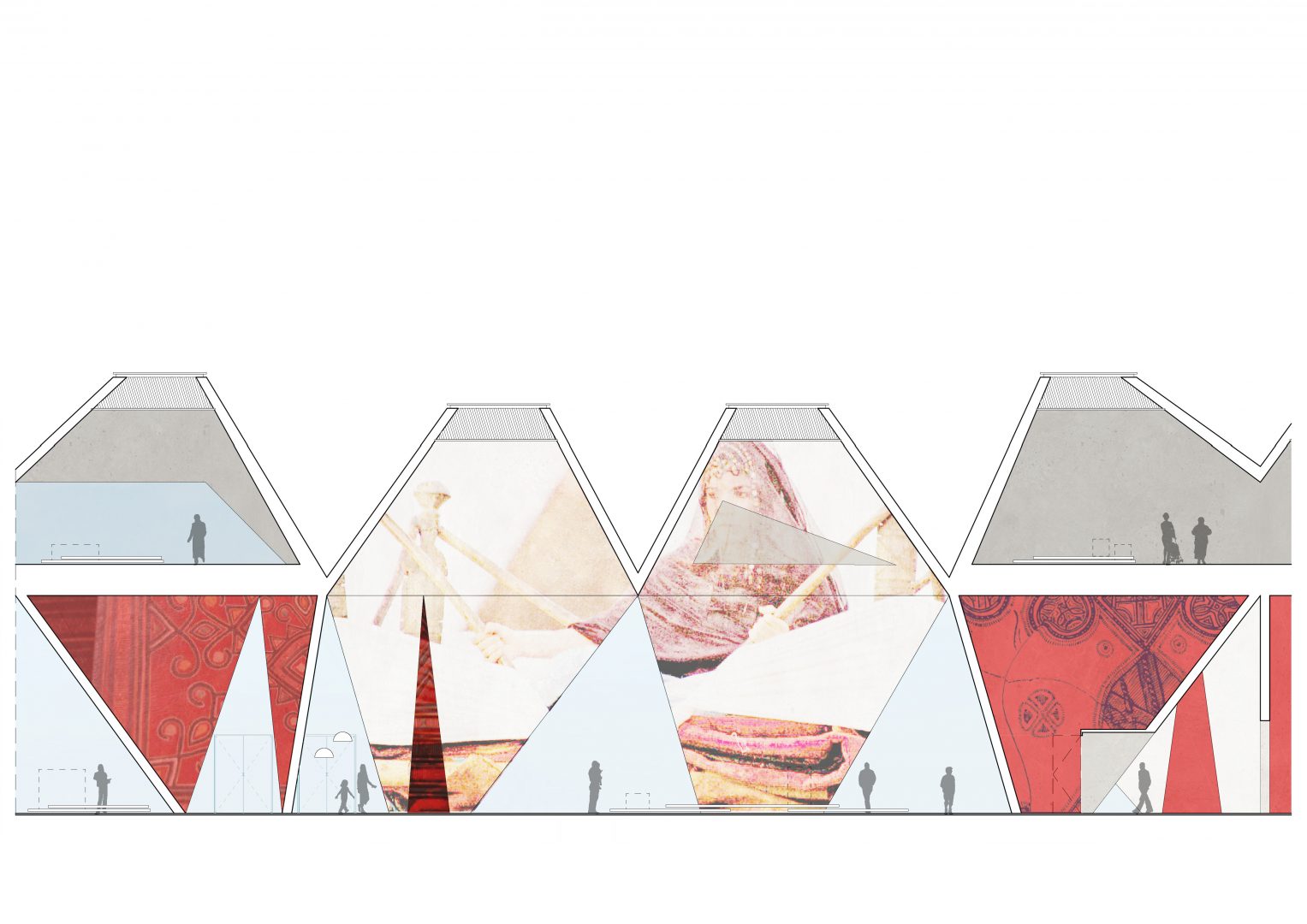 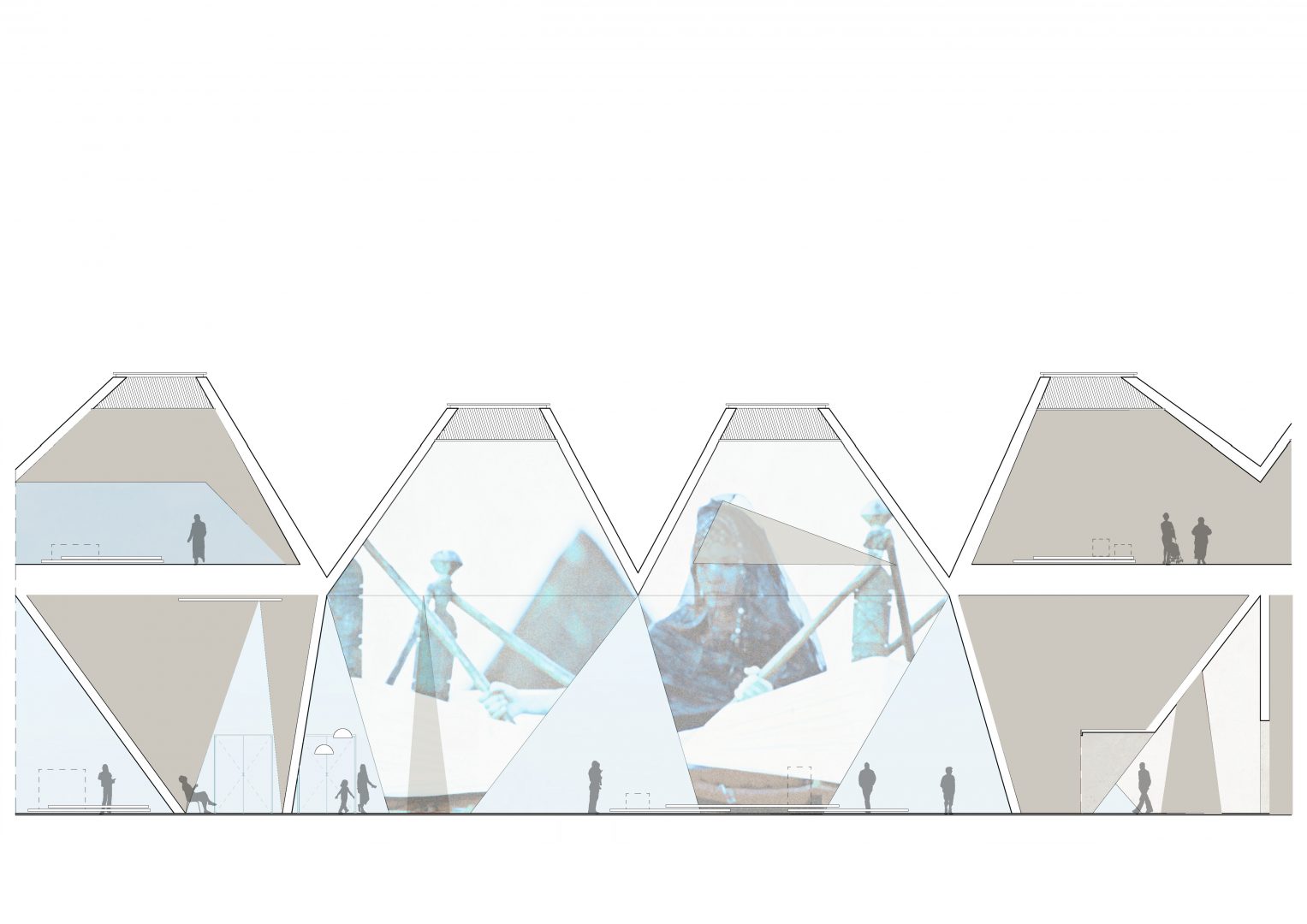 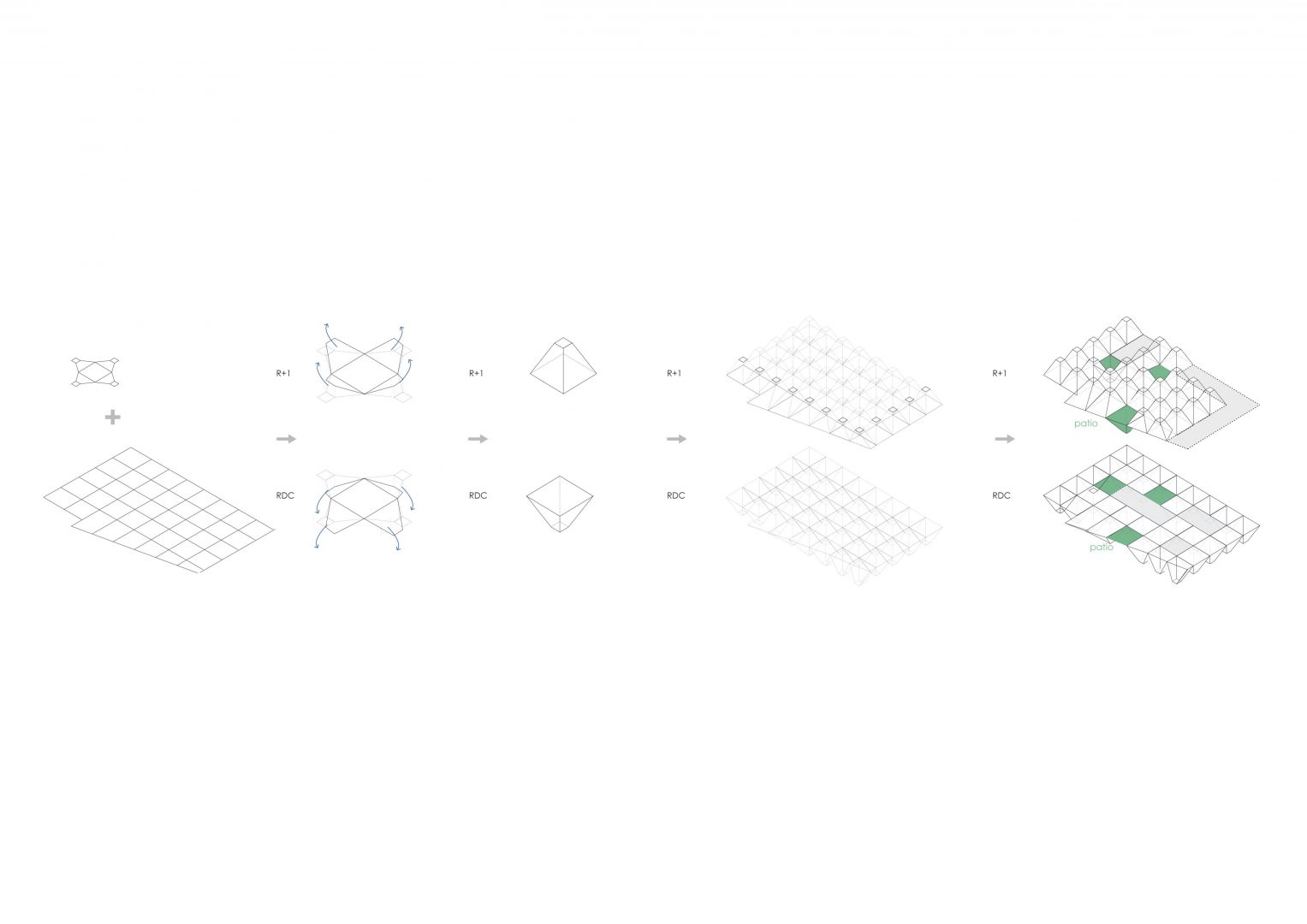